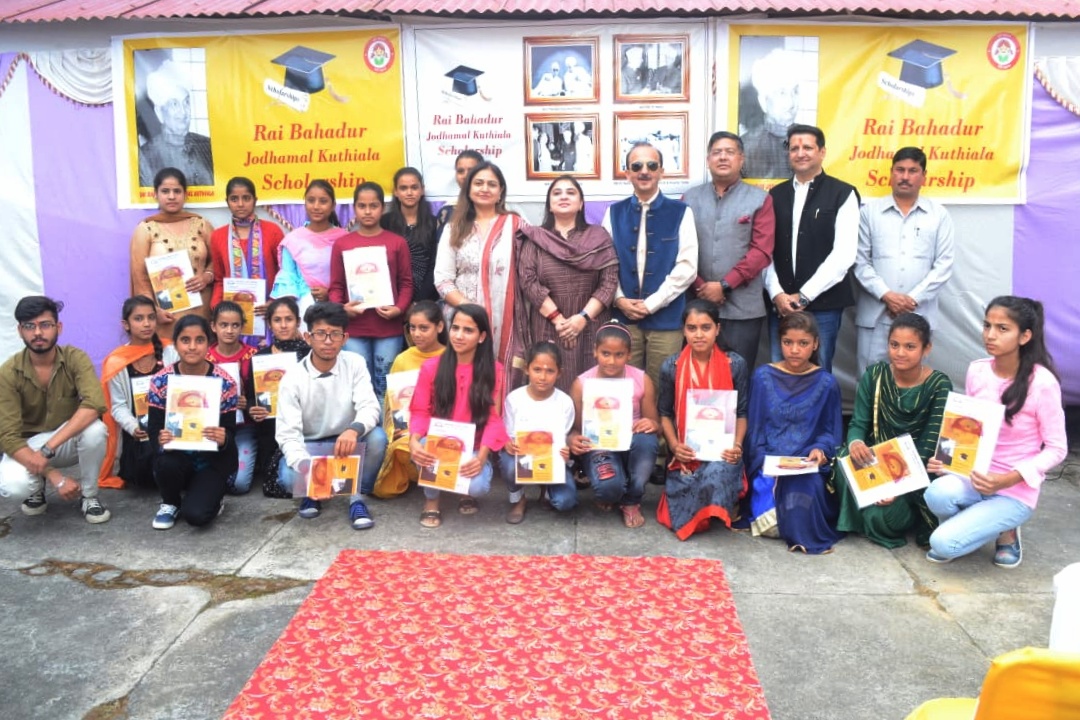 For past many years the Jodhamal Kuthiala Scholarship are being awarded to girl students in the state of J&K. The 2019-20 scholarship for J&K are likely to be awarded on 24 th & 25 th November. For the year 2019-20 it was decided to add a Himachal Pradesh chapter as well for scholarship. In a recent ceremony the Himachal Pradesh chapter of J&K scholarship were awarded at Village Nagari near Palampur in H P. Around 25 girls studying in classes between 3 rd and 12 th were awarded scholarship for the year 2019-20. The girls were awarded the scholarship by Mr. Ashish Butal, MLA Palampur. The ceremony was also attended by senior officials and educationist of the area. Nandan Kuthiala and Arati Kuthiala represented the Rai Bahadur Jodhamal Kuthiala Educational foundation on the occasion. Speaking on the occasion Mr. Ashish Butal thanked the foundation for awarding scholarship in his area and hoped that other trusts and social associations would come forward to help the cause of girl education. He also announced grants from his constituency fund for the three government schools of the area to develop the play grounds in these government schools. 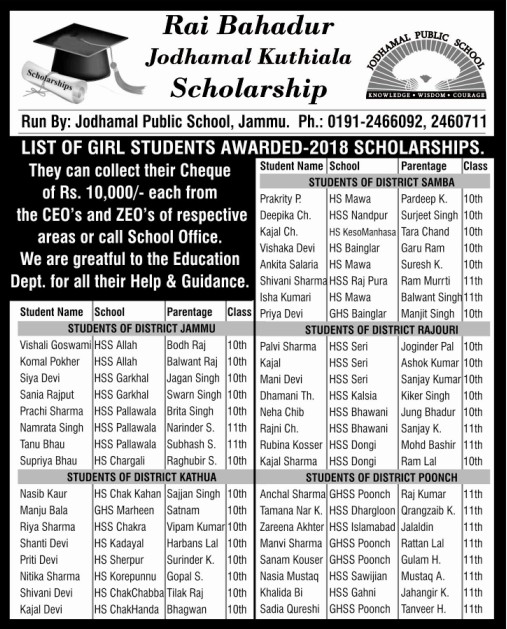 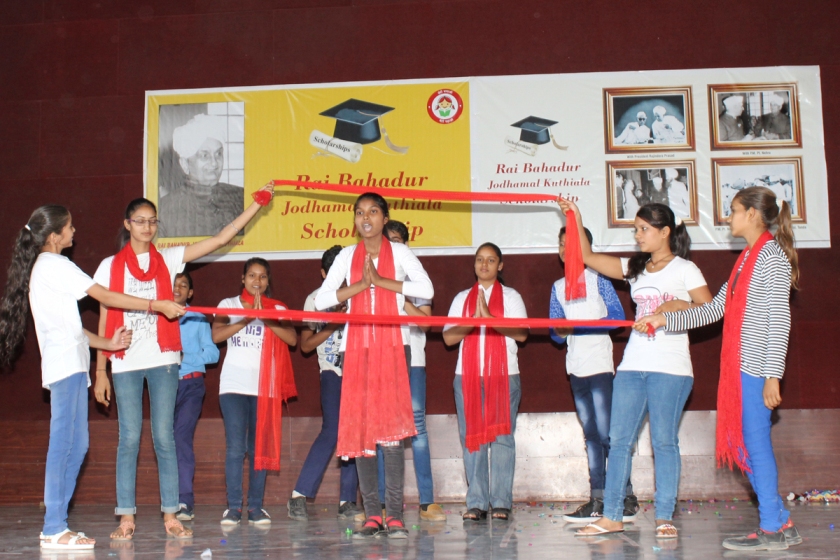 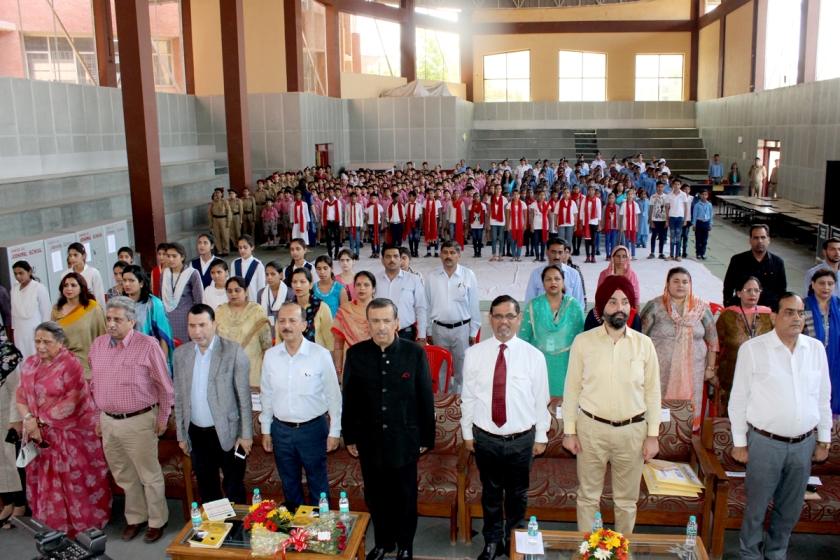 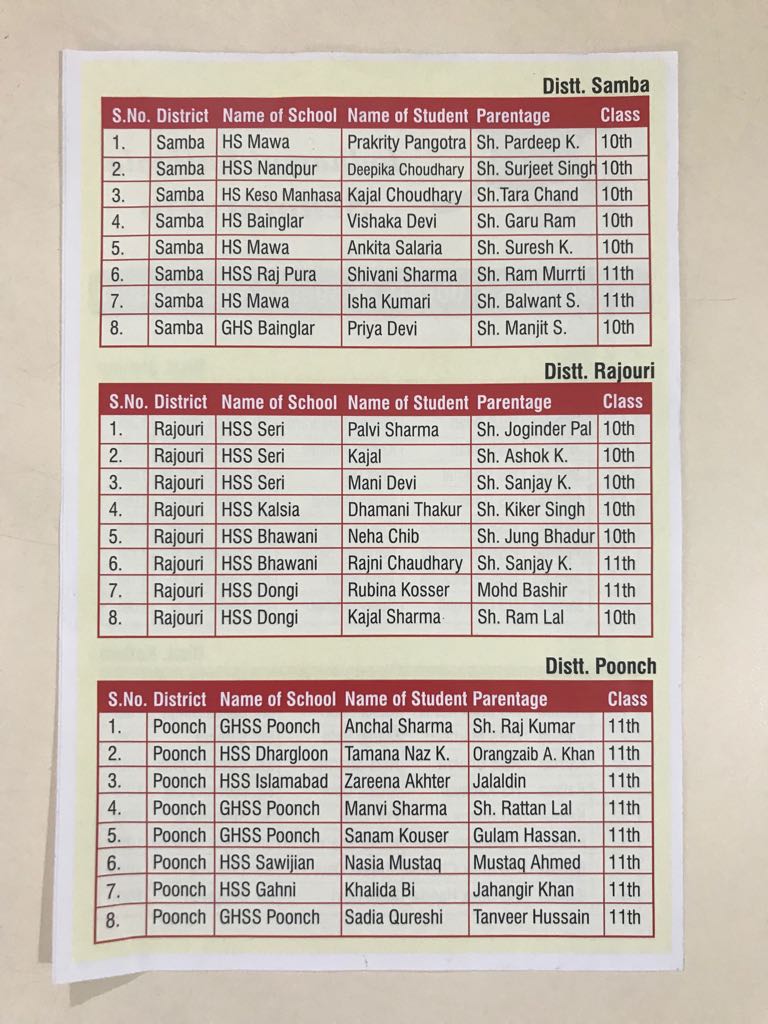 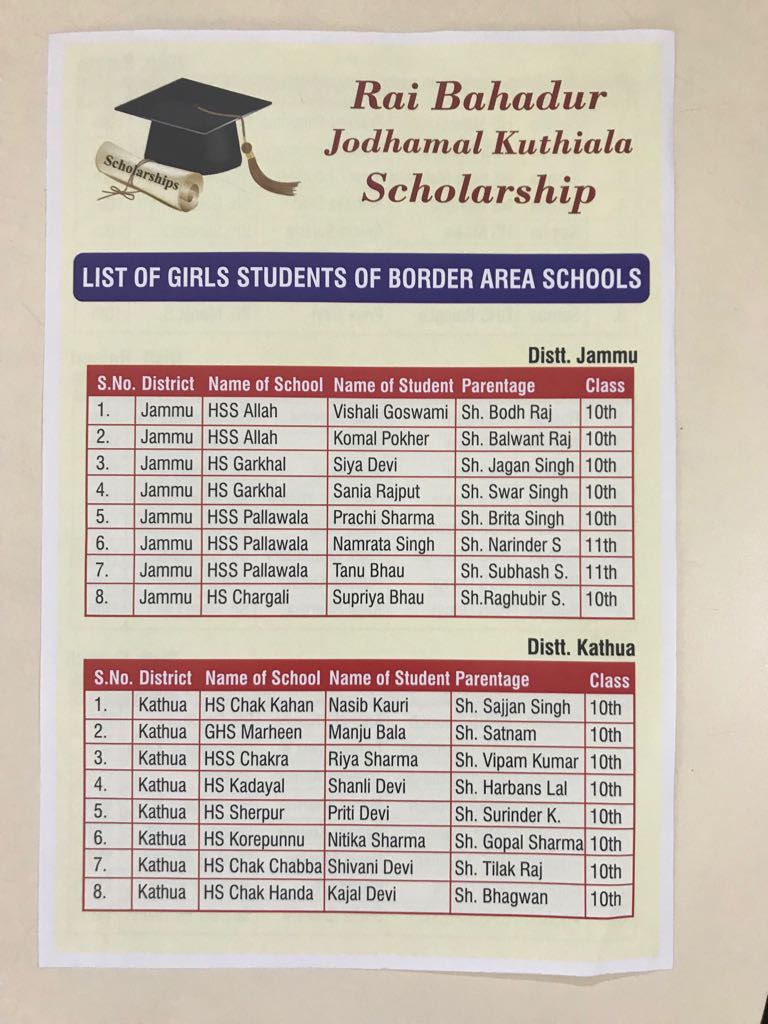